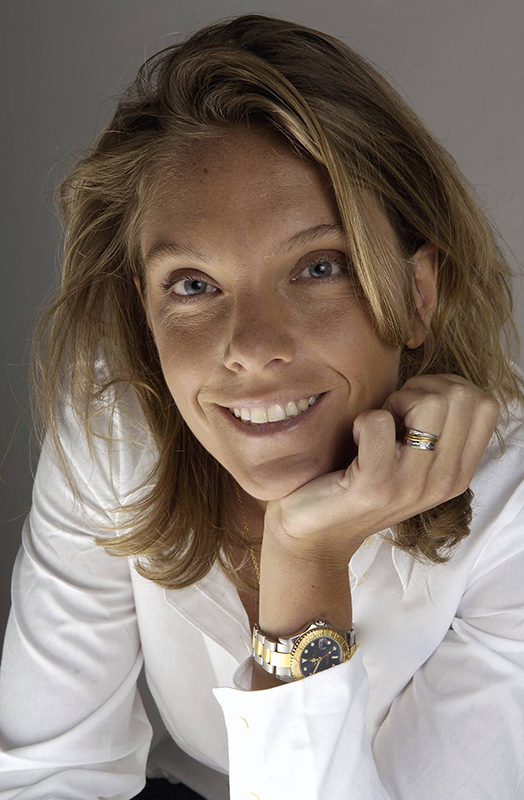 This quote from Seneca has become Peggy’s creed.

She started to get fascinated by adventure pretty early by travelling, documentaries, reading, meeting; everything seems to nourish her passion. Originally from the mountains, she discovered her fascination for another world, just as demanding : the sea.

Her education shaped her enthusiastic youth. She obtained a diploma in law and management, multimodal IATA and her Master’s degree in logistics and maritime management at Plymouth University (GB), where she sailed and confirmed her passion for the ocean.

A year later in 1995, she finished her studies in Brest with a Master in logistics and management.

In 1996, she became export financial Engineer at Alcatel in Paris. Meanwhile, her challenge took root : being the first woman to dare to row across an ocean. She returned to Brest every week-end. At the same time she focused her side energy finding sponsors, following weather forecast training, gaining insight into boat structure, a route, a shipyard and meeting with a potential team of electronic engineer, a weather forecast router and a doctor.

In 1997, Peggy resigned from her job, and joined a team to sail across the Atlantic Ocean in order to gain some greater knowledge on that unpredictable element, the Sea. Back in Brest then, she invested all her savings to buy a rowing boat which met her requirements. After being recruted by 3M France in a Logistics Management role, she spent every week-ends working on her project. Christmas 1997, Peggy had secured her first sponsor and in January 1998, she resigned and created her own company to manage and organize her adventure.

March 10th 1998, aged 24, the dream became reality after months of preparation she left from the Canary Islands for the West Indies. After 5500 kms, alone at sea for 79 days, rowing 10 hours a day, she was at last close to the finishing line, but with a raging sea, the dream soon turned into a nightmare. One day away from arrival (May 29th 1998) in Guadeloupe the boat capsized. She then endured 9 long hours during which, straddled on the hull of her boat almost sinking, she survived and was rescued at the last minute.

But Peggy didn’t accept failure. An unfinished victory but Peggy did not give in, she was a true pioneer and proved a woman can achieve such a feat.

18 months later, more determined than ever, she left Cape Verde Islands. After 4 000 kms, 800 000 strokes, Peggy arrived in Martinique on January 5th 2000, with the extraordinary  satisfaction of having achieved her goal. Her experience had enabled her by then to optimise her preparations (logistics, communication, assistance) with one and only objective in mind : cross the line.

She stayed faithful to her motto : « Dare always, Give way sometimes, Give up never ! »

After this feat, Peggy manages her companies, delivering many talks across Europe. Her strong spirit and positive attitude seduce very wide range of audiences. Peggy shares and captures her audience through videos, photos and interactive sessions that carry many values shared with the business world and student communities, including audacity, passion for effort, risks management, entrepreneurship mindset and the ability to bounce back after a failure.

Today, in addition to her talks, Peggy remains busy and active with an out of the ordinary maritime project gathering technological innovations, pioneering spirit and creativity developed in collaboration with leading experts in that field.

Peggy is part of a family of adventurers recognised by her peers :