Peggy Bouchet, a committed entrepreneur, is also a member of the jury of the prestigious “Prix de l’audace créatrice”.

Founded by Marc Ladreit de Lacharriere, CEO of Fimalac and global rating agency Fitch Rating, this award highlights and celebrates each year a company which is innovative, dynamic, successful with its advanced performance, profitability and staff. 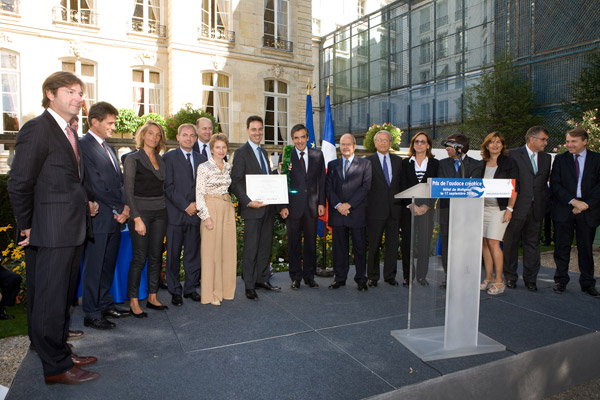 The 2010 Prize was awarded to Orolia September 17, 2010 at Matignon by Prime Minister, François Fillon.

Over the past decade, the winners of the Prize have established on the French market nearly 15,000 jobs and invested 300 million euros

See the full article on the Journal des Finances